How the new congressional map shifts voting power in Georgia 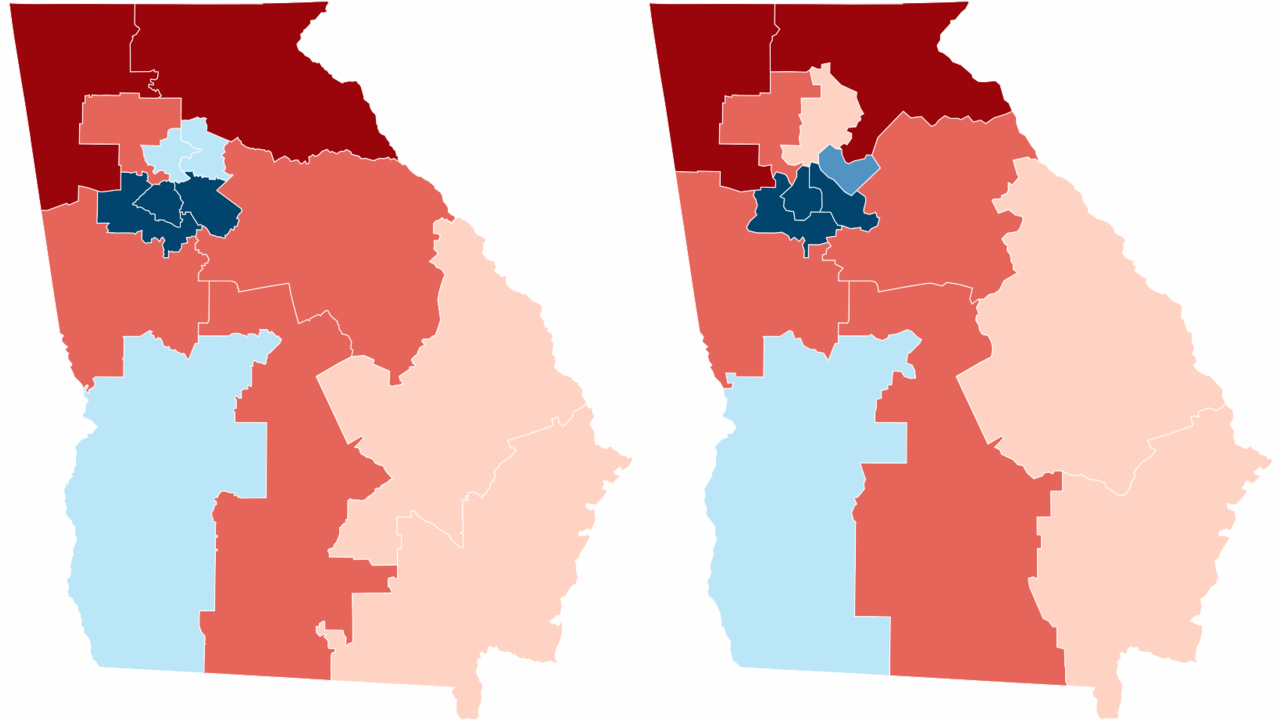 Every 10 years, states redraw the boundaries of their congressional districts to reflect new population counts from the census. After losing ground in the Atlanta suburbs over the last decade, Georgia Republicans drew a congressional map that combines two Democratic-held districts in the area. The move creates a new Republican-leaning seat while setting up a member vs. member primary between Democratic Reps. Lucy McBath and Carolyn Bourdeaux in a neighboring district.

How the districts voted in 2020, by presidential vote margin in percentage points

Georgia will continue to hold 14 seats in the House. Overall, Georgia’s White population decreased by 1% since 2010 and its Black population grew by 13%. However, under the new map, Black voters will no longer represent the majority in two of the four previous Black-majority districts — the 5th District, home to Atlanta, and the 2nd district, which is represented by Democratic Rep. Sanford Bishop in the southwestern part of the state. Now no demographic holds a majority in either of those districts.

The group that represents the majority in each district

No group has majority

Sources: US Census Bureau, Edison Research, each state’s legislature or other redistricting authority

Methodology note: Block-level demographic data from the 2020 census is reaggregated into each new district’s boundaries.