Putin Showed His True Hand. The West Kept Shaking It. 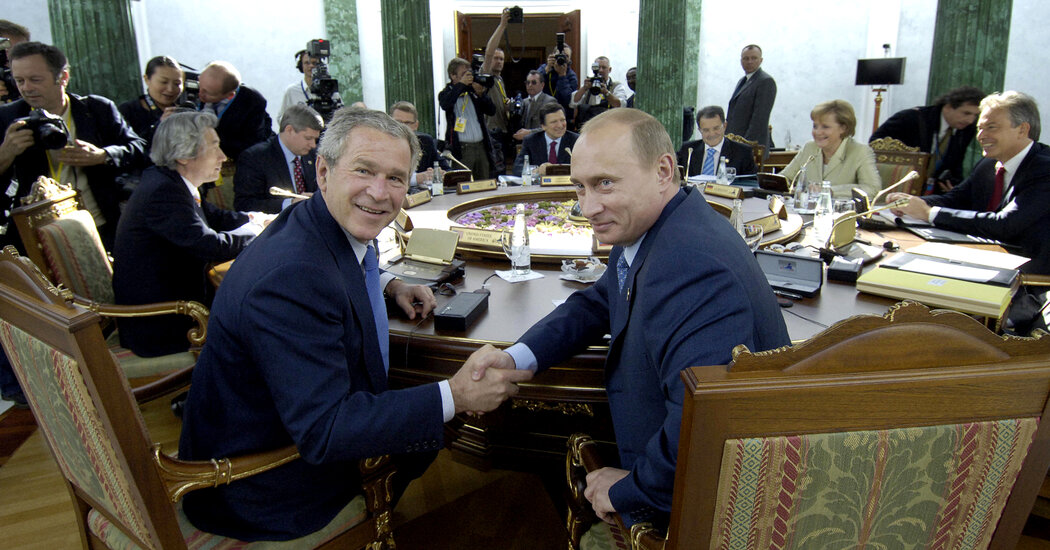 Vladimir Putin, especially these days, is widely reviled. To some he’s a war criminal, to others he’s a dictator, and to many he’s simply a very bad man.

But it wasn’t always this way.

We trawled through video footage from 20 years of international summits, speeches and news conferences and discovered a man who once basked in high regard: the one who went fishing and dancing with George W. Bush, who fell into warm embraces with Tony Blair and whose jokes had NATO’s leaders rolling on the floor with laughter.

As the Opinion Video above starkly reveals, Western leaders once considered Vladimir Putin not just an ally, but also, apparently, a friend.

Even if they were simply giving him the benefit of the doubt for political purposes, they were taking a naïve gamble of historic proportions: Be nice to Putin, and maybe he would be nice back.

It’s true that this brand of personal diplomacy scored some significant security victories. Arms control treaties were signed, and Putin allowed U.S. jets to strike the Taliban from bases in Russia’s satellite states.

But as Russian tanks rolled into Georgia in August 2008, Bush learned that his eight-year friendship with the Russian leader had earned him zero leverage over Putin’s territorial ambitions.

While it’s debatable whether Western governments could have foreseen the bloody horizon of Putin’s vision, let’s now be clear about one thing: Personal diplomacy doesn’t work when you need it most.