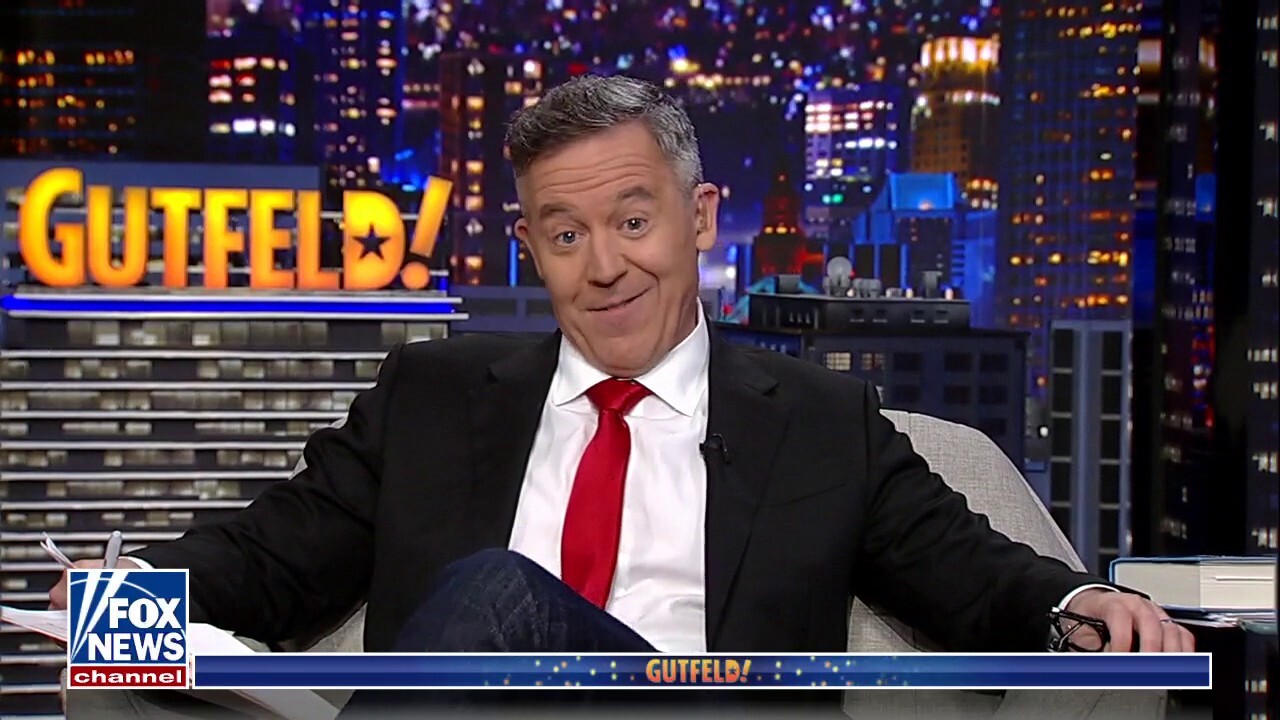 President Biden’s numbers are looking up, as in looking up from a bottomless pit in hell. Say hello to Ted Kennedy.

According to a CBS News YouGov poll, most Americans believe things are going badly under distracted and incontinent, I mean, incompetent Biden. Nearly eight in ten voters say things in our country are going somewhat or very badly. Now for a comparison. Getting your face eaten by a chimp gets better reviews, science.

Speaking of chimps, we’ve got a new concern. It’s called Monkeypox, and it’s not as fun as it sounds. Kind of gross, actually. And according to the World Health Organization, this disease is being spread by sex at raves in Europe.

GREG GUTFELD: DEMOCRATS SEE EVERYTHING THROUGH THE FILTER OF RACE

So just to be safe. No raves for me in Europe. Definitely no sex with monkeys, at least for two weeks. You got to flatten that curve. And it is it is shaped like a banana. Get it out of my system. We’re going to be covering a lot of monkeypox. And as far as we know, it’s not spreading here. I think.

So nearly 70% think the economy is fairly or very bad and 56% disapprove of how Biden is doing his job. And if the election were held today, he’d be in bed at noon. All right. Fair enough. Didn’t laugh. It’s okay. But that’s an hour earlier than normal.

Here’s an interesting fact. 65% say that when important things come up, Biden is slow to act. Well, unless it’s a stock tip from Hunter, but close to close to 40% of Dems feel the same way. We asked President Biden if he thought he was slow to act and he replied Thursday, which was an answer to a question from two weeks ago.

35% believe Biden addresses problems right away. Where do they find those people? When asked to describe their feelings about the state of the country, most people use phrases like “uneasy” or “worrying” and also “frustrating,” which is how Kamala Harris describes reading. But oddly, 11% said the state of the country was calm and another 7% said inspiring. Inspiring? Are you ******* kidding me? Again, who are these people?

So, there’s something deceptive going on here. Yeah. Biden’s slow to act, especially when you look at the major crises like inflation, crime, the border, baby formula, Pete Davidson embarking on a film career. Joe is like the guy who says he’s going to help you move apartments but shows up after the work is done just eat the free pizza. Although in Biden’s America, nobody would end up getting pizza because a delivery driver would be carjacked and shot on the way.

But Joe is nowhere to be seen except when it’s too late. I wonder what Joe’s got to say.

We ask that you save the applause until after all the awards are given.

But being slow to act, is that the case all the time? Seems to me Joe actually acts fast when it serves his woke agenda. Remember the executive actions he unleashed the moment he took office?

If you bought gas or insulin recently, you do. But that was the point.

His election wasn’t about doing something, but undoing something, erasing the previous four years as quickly as possible. His presidency has been like an episode of “Flip This House.” The demo wing of the kitchen is way easier than the building of the new one. Only in Joe’s case, he didn’t replace the kitchen with anything at all. Well, except for the corn pop story. And he showed him right.

There are other places where he acted with lightning speed, remember? Accusing the Border Patrol agent of whipping Haitian migrants. He didn’t even wait for the facts before he smeared him.

Remember Rittenhouse? I bet Joe doesn’t, but he called him a white supremacist. Turns out the only thing Joe should be president of is CNN.

Think about any opportunity where he could divide the public, any time he could blame half the country or label them racist, he acts faster than a hit of crack or meth, depending on what Hunter has got with him.

So when we say that Biden is a slow walking disaster, we only wish that was the case. He actually does bad things super-fast. One minute he’s a yawn. The next he’s flesh-eating bacteria.

I mean, he was able to destroy a country that was doing just fine when he took over in just months. He replaced not getting us into endless wars with the brink of World War Three. Domestically, he’s a double-barreled disaster. Sure, he’s an empty vessel. But the emptiness has been filled by an opportunistic infection called Wokeism.

He’s like a newborn child adopted by the Manson family. He isn’t merely a president. He’s a host. A host to a parasitic disease that infected his party and our institutions. So we got to localize this infection. And forget Monkeypox. We got a pox in D.C. and Joe’s the monkey. If he invites you to a rave, don’t go.