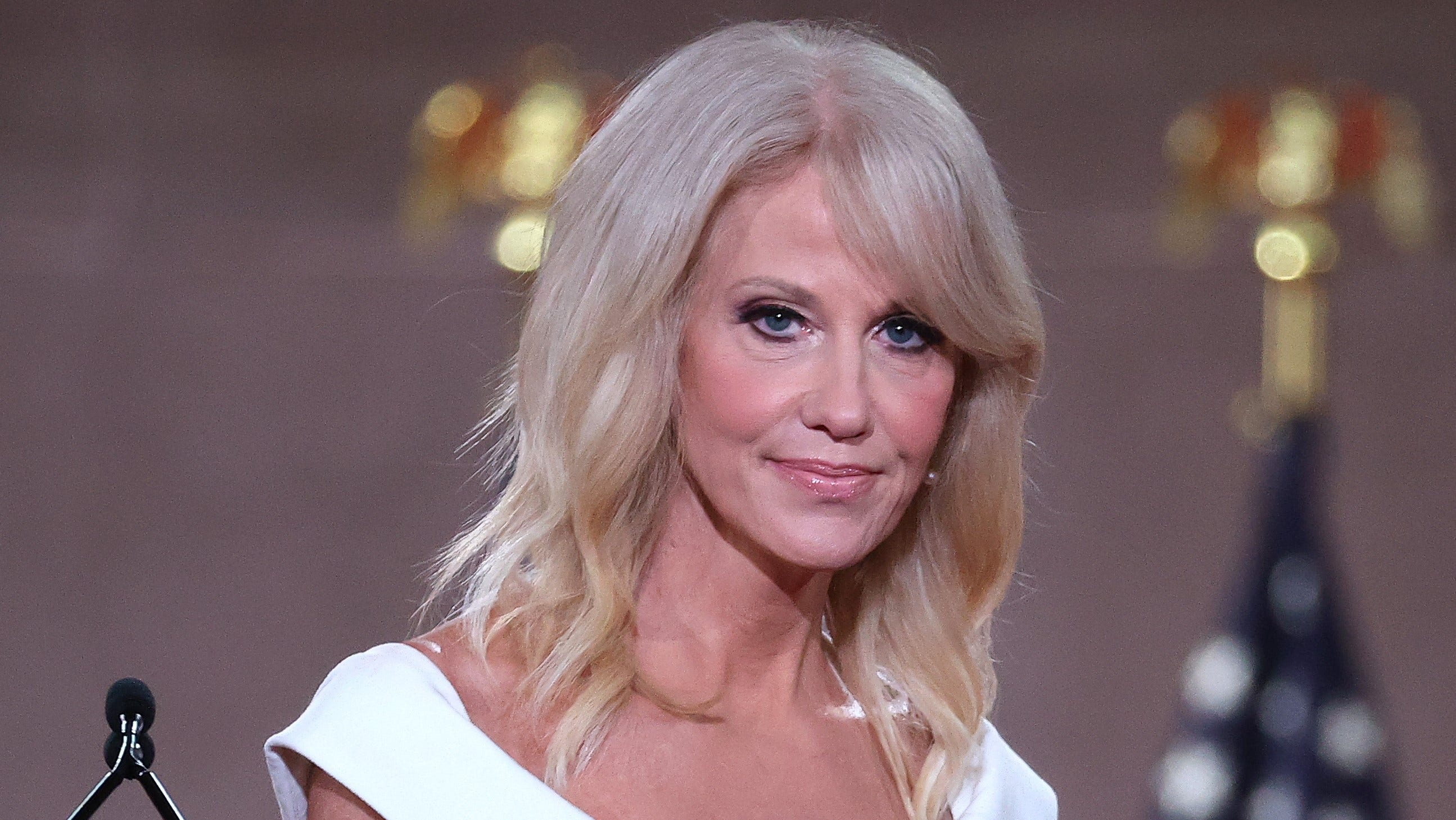 Kellyanne Conway is still very loyal to Donald Trump – though she breaks with him on the “stolen” election charge – and blames some of his former aides for problems in his presidency and his loss of the office.

In a strikingly personal memoir, she also says her marriage to George Conway, one of Trump’s fiercest critics, is in trouble.

In “Here’s the Deal,” the former White House counselor says she told Trump after the last election that he could not make a case for widespread fraud without winning one or two court victories, which never came. Many Trump supporters “deluded themselves,” and “I may have been the first person Donald Trump trusted in his inner circle who told him that he had come up short this time.”

On Jan. 6, stunned by the Capitol riot, she says she called a Trump aide’s cell to deliver this message:

“Add me to the chorus of people calling to urge the president to tell the people at the Capitol to stop. Just stop. Get out of there. Maybe there are loudspeakers… They need to hear his voice.”

But she places responsibility on Trump’s “team”: “Rather than accepting responsibility for the loss, they played along and lent full-throated encouragement (privately, not on TV) when Trump kept insisting he had won… By not confronting their candidate with the grim reality of his situation… supplicant after sychophant after showman genuflected in front of the Resolute Desk and promised the president goods they could not deliver.”

Despite her stance, she dined with Donald and Melania at Mar-a-Lago in the spring of 2021.

White House Counselor to the President Kellyanne Conway pauses between takes while pre-recording her address to the Republican National Convention from inside an empty Mellon Auditorium on August 26, 2020, in Washington, D.C.
(Chip Somodevilla/Getty Images)

The White House almost seemed out of reach when Conway took over the 2016 campaign and the raunchy “Access Hollywood” tape was made public. “What you said is disgusting. It’s reprehensible,” she told the candidate. But when Trump asked whether he should drop out, she told him he couldn’t – the ballots had already been printed – and that he should fight on.

Conway reserves some of her ire for Steve Bannon, for denouncing the media while privately feeding “barrels of bull****” to reporters, and Jared Kushner, who she says blocked her efforts and trashed her to others while dabbling in every issue.

When the president’s son-in-law made a conciliatory call after the election, Conway says she told him: “You pegged me as a leaker for four years. You never gave me a break.”

The book marks a stark contrast to the spate of tell-all tomes from former Trump aides, most of which attack the former president or mix praise with stinging rebukes.

Conway makes clear she still admires Trump. She also explains that she was reluctant to join the White House, mainly because of her four kids but also because of the “gold mine” she could earn on the outside.

She is a survivor; most top aides not related to Trump did not last four years. Raised by a single mother after her father left the family, she struggled to succeed – a recurring theme in the book – in the male-dominated world of politics.

Conway acknowledges having made a “mistake” when she uttered the phrase “alternative facts” to MSNBC’s Chuck Todd, who pressed her about Sean Spicer’s exaggerated claim about the 2017 inaugural crowd size. She blames the massive coverage on a “hungry media” that “rarely apologizes for its many and more serious transgressions.”

The other major topic on which Conway challenges her former boss is the infamous 2020 COVID-19 briefing at which he suggested it was worth studying whether ingesting disinfectant could kill the virus. She says she tried to stop the briefing because they weren’t ready and because a new expert Trump had never met was supposed to speak. The expert spoke of ultraviolet light and disinfecting surfaces, and Trump began to riff.

“An unforced error… The president clearly misspoke by confusing the light therapy and the disinfectants,” the book says.

An interesting footnote: During that period, Trump spoke by phone with Joe Biden, who did most of the talking about tackling the pandemic. Trump then told Conway: “Everyone is wrong. He hasn’t lost it.”

The rawest part of Kellyanne’s book involves her then-teenage daughter Claudia, who was posting anti-Trump screeds on TikTok. The posts were public, but Conway blames Taylor Lorenz, then a New York Times reporter, now with The Washington Post, who assembled a montage of her daughter’s videos.

“My first reaction to all this,” writes mom, “was utter terror. Terror for Claudia’s safety… That is the New York Times’ idea of responsibility and human decency?” But her daughter was thrilled to be trending, and this led to several clashes with her mother that became public.

“With the esteemed New York Times placing its imprimatur on the story, other outlets felt justified to contact my 15-year-old directly… Adults were using a child for their perverse pursuits.”

Her husband George is described as being initially indifferent, but as having later joined his wife in protesting to the Times.

Thus it was that Kellyanne Conway resigned two months before the election, saying her kids needed “more mama, less drama.”

She had earlier accused her husband of “violating our marriage vows” by attacking the Trump White House on Twitter and cable news, and he would often respond, “You are working for a madman.” He had also told her that “you have embarrassed this family.”

SUBSCRIBE TO HOWIE’S MEDIA BUZZMETER PODCAST, A RIFF ON THE DAY’S HOTTEST STORIES

With her resignation, she says, “It would have been a good time for George to step away from social media and the Lincoln Project, even though they needed his name and marriage to help raise the millions they pocketed from Trump Derangement Syndrome.”

Unlike the Trump-bashing books she says are filled with “lies” and “deceptions,” Conway insists this is not a belated effort to distance herself from mistakes.

“I am not speaking up now because I didn’t speak up then. God knows, I spoke up then. This book shows I have been vulnerable, but I am not a victim. I’ve made mistakes, both professionally and personally, for which I’ve sought forgiveness and mercy. I’ve loved and I’ve lost.”