Russian-Speakers in Tech Rebuild Their Lives in San Francisco 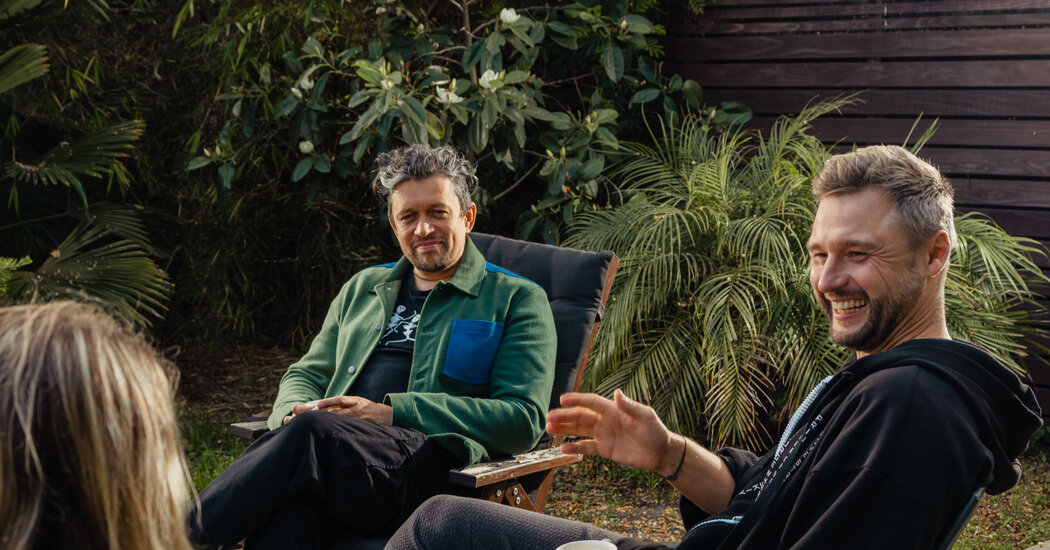 He soon founded a nonprofit social network for entrepreneurs called Mesto — the Russian word for place — hoping to boost the start-up market in Russia and other parts of the former Soviet Union. As he launched a new start-up of his own, Duplicat, which aimed to identify fraud in the market for nonfungible tokens, he contracted with a team of artificial intelligence engineers spread across Russia.

He also invested in several Ukrainian start-ups. One of them was Reface, an A.I. company recommended by Mr. Podolyanko. Last summer, as they met with other companies and colleagues in Kyiv, the two of them attended a boat party whose hosts were a group of Ukrainian technologists and investors. Mr. Podolyanko brought his girlfriend, a Ukrainian financial analyst named Stacy Antipova.

Zelensky urges an even harder line. Speaking by video to the World Economic Forum in Davos, Switzerland, President Volodymyr Zelensky of Ukraine called on world powers to go much further to punish Moscow. Russia, usually a major presence at the gathering, was a pariah this year.

War crimes trial. Judges in Kyiv handed down the first guilty verdict against a Russian soldier tried for war crimes. Sgt. Vadim Shishimarin, who had pleaded guilty last week, was sentenced to life in prison for killing a 62-year-old civilian.

Powerful U.S. artillery arrives. American-made M777 howitzers — the most lethal weapons the West has provided to Ukraine so far — are now deployed in combat in Ukraine’s east. Their arrival has buoyed Ukraine’s hopes of achieving artillery superiority at least in some frontline areas.

It was a trip they now look back on with rueful affection. Russia invaded six months later.

After the invasion, Ms. Antipova fled Ukraine and flew to Tijuana, Mexico, where she could cross into the United States as a refugee. She now lives at DobryDom. “When I went down for breakfast the first time,” Mr. Doronichev remembered, “I did not know what to say.”

Sitting in the backyard alongside her new housemates on a recent afternoon, Ms. Antipova was also unsure what to say. “I did not plan to move so far away so soon,” she said. “I am just trying to fix my life, to understand what I want to do, because I left the rest of my life behind.”

Across the table, Dasha Kroshkina, another Russian-born entrepreneur, explained that she was working to move employees out of both Russia and Ukraine and scrambling to restart her company’s service, StudyFree, in Africa and India. When the war began, many of its customers — students looking for scholarships and grants at universities abroad — were in Russia.

“We all feel trauma,” said Mikita Mikado, another DobryDom housemate, who immigrated from Belarus. “But the trauma is different for each one of us.”

Mr. Mikado and Mr. Doronichev are now working to move their own employees out of Russia and into European and Asian countries accepting Russian citizens without visas, but not all are willing or able to leave. The two entrepreneurs will cut ties with anyone who stays.