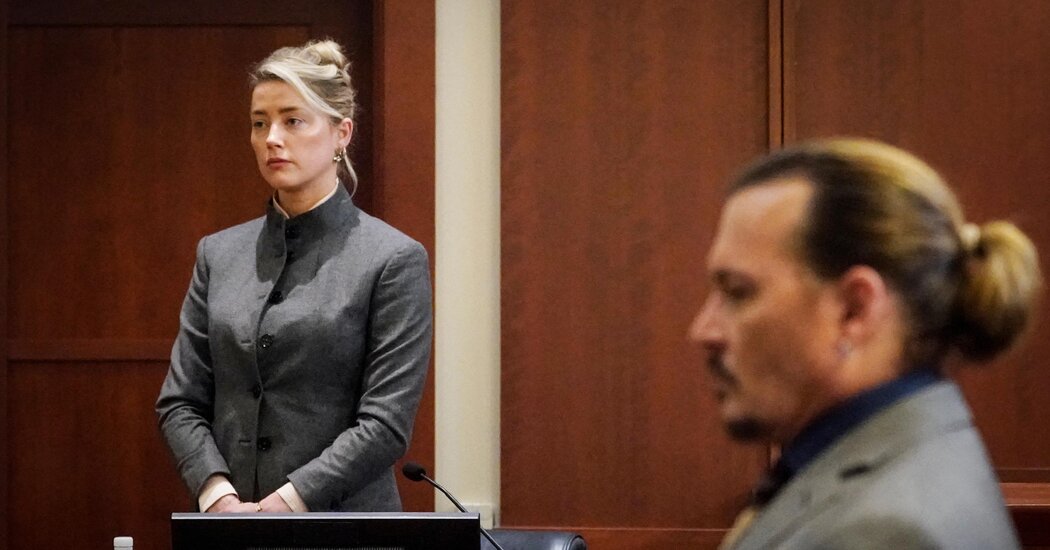 Gail: But when it comes to issues of physical abuse, a woman deserves immediate attention, partly just out of concern for her safety. And because we’re trying to turn around a long human history in which violence against a sexual partner wasn’t seen as serious as violence against anybody else.

Bret: Agree again, but while Heard has accused Depp of being violent, she also said on the stand, “It’s always been my own testimony that I hit Johnny.” I think the case serves as a reminder that the current politicized vision of relationships — in which men always hold all the power, including physical power; women are generally presumed to be the victimized party, as well as the honest one; and romantic relationships are supposed to abide by the dictates of a legal brief, not the alchemy of desire — just doesn’t conform to the way most people experience life.

Gail: If our readers want to mull this matter further, I really recommend our colleague Michelle Goldberg’s Heard-Depp column from last week.

Bret: Michelle eloquently expresses the exact opposite of my view.

Gail: Speaking of eloquent, what about the primaries that just occurred? The big one in Pennsylvania for the Republican Senate nomination, featuring Dr. Oz versus Business Guy, is still unresolved. Which has got to be a plus for the Democratic nominee, John Fetterman. Any thoughts on that race?

Bret: My guess is that Fetterman will have a tough time winning in November. He’s on the leftward side of a Democratic Party that is struggling to overcome the perception that it leaned too far left in Biden’s first year. Of course, Oz and David McCormick, his closest opponent, could still tear the Pennsylvania G.O.P. to pieces fighting for the 1,000 or so votes that separated them in last week’s primary. The older I get, the more I realize that winning in politics is mostly a game of being slightly less stupid than your opponent.

Gail: Embarrassing to look all around the country and see previously sane Republicans who now feel compelled to deny Biden won the election.

Bret: Those Republicans aren’t sane, but I take your point.

Gail: Fetterman is overly colorful for my taste, constantly showing up in shorts for public events and bragging about his tattoos. But his policies are perfectly reasonable, and I think he has a real shot.