Donald Trump Is Desperate for Vindication in Georgia 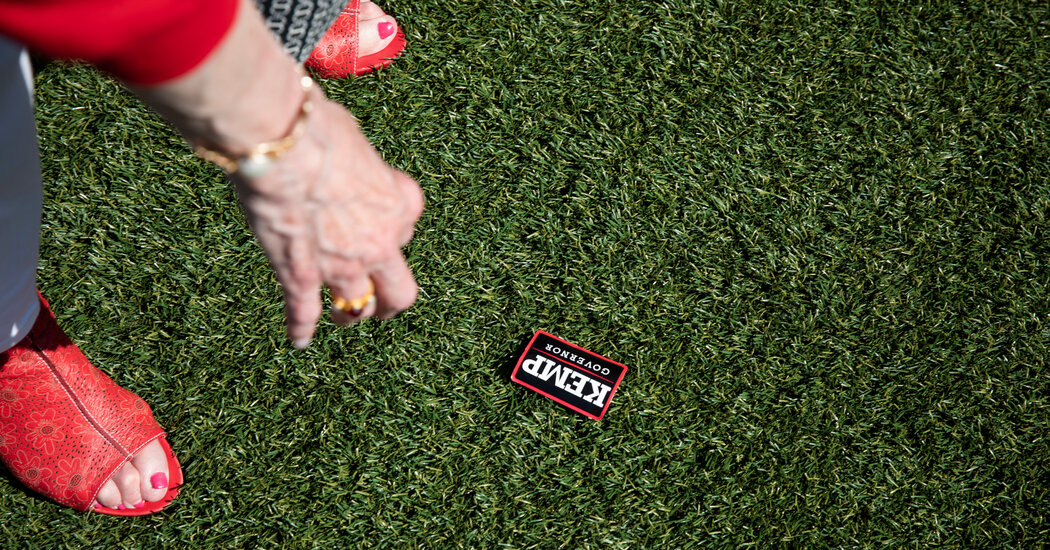 Herein lies Mr. Kemp’s advantage over many of the other candidates targeted by Mr. Trump. Governors, more than most public officials, have high-profile posts and clear records to run on. Voters expect concrete results from them. And, for better or worse, they are known quantities — a little like presidents. This can reduce the need for, and in some cases the impact of, outside endorsements, even from someone like Mr. Trump.

Mr. Kemp might be in a tougher spot if Mr. Perdue were a fantastic retail politician or a charismatic speaker. But he’s not. In this matchup, the former senator has little to offer beyond his Trump ties and his Stop the Steal blather. Worse, the stench of his 2021 loss is still fresh. “Perdue didn’t beat Ossoff,” Mr. Bargeron said. “How is he going to beat Stacey Abrams?”

In the Trump Republican Party, anything can happen come Election Day. But plenty of Republicans are poised, eager even, for Mr. Perdue to crash and burn so that they can point to the failure as proof that Mr. Trump’s Big Lie has run its course — or, better still, that Mr. Trump’s grip on the party is slipping. Some are actively working to help the cause, including former President George W. Bush, who was scheduled to attend a fund-raiser for Mr. Kemp this month.

Supporting Mr. Kemp is also a way for some party players to put some breathing room between themselves and Mr. Trump without taking him on directly. Chris Christie, the former governor of New Jersey, and former Vice President Mike Pence are among the boldfaced names hitting the trail with the governor. Both men have evinced an interest of late in fashioning themselves as independent, principled conservatives — a brand they may anticipate will play well in a future presidential contest.

The more it looks as though Georgia voters will reject Mr. Perdue, the more Republicans feel empowered to criticize his campaign. A recent CNN piece featured a parade of his former Senate colleagues expressing dismay over his election-fraud focus — again, a far safer route than directly criticizing Mr. Trump.

If Mr. Kemp trounces Mr. Perdue, and by extension Mr. Trump, the key question then becomes how the former president responds — especially as people play up the Trump-is-losing-his-juice narrative. The sensible course would be for him to shrug off the taunting and walk away, letting the loss fade to just another entry in his long endorsement record.

But if he bows to his ego and continues assailing Mr. Kemp deep into the general election, many Republicans could start having ugly flashbacks to 2021, posits Jay Williams, a Republican strategist in Georgia. If the party winds up faring less well in November than expected, part of the blame will most likely fall on the former president. And if Stacey Abrams wins, Mr. Williams adds, that could be traumatic enough to sour many Republicans on Mr. Trump’s Big Lie — and possibly the man himself.