A Russian Diplomat, Boris Bondarev, Speaks Out on the Ukraine War 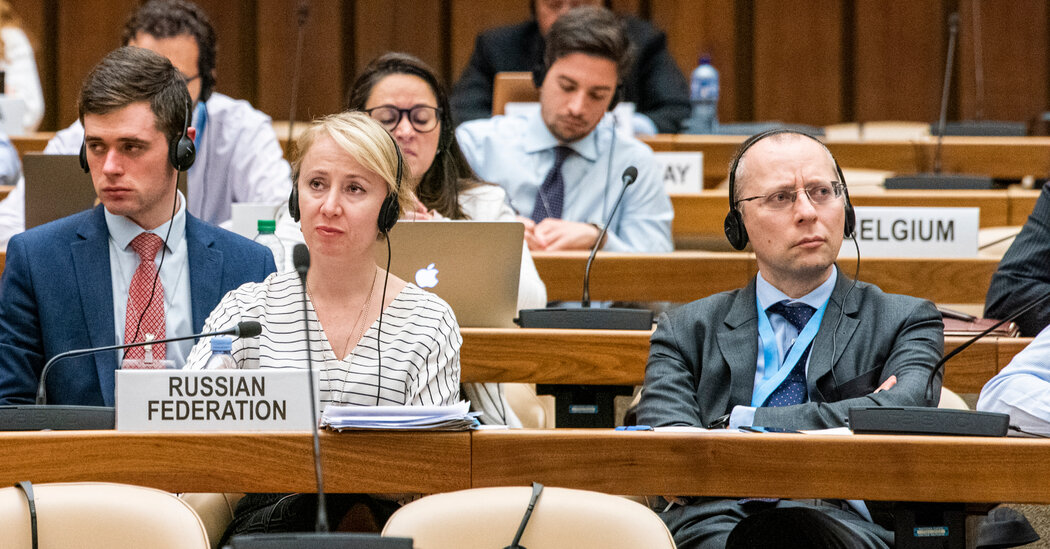 “There are people — not so few — who think as I do,” he said. “But most, I think, are still in the thrall of this propaganda that they receive and that they, in part, create.”

The Kremlin has gone to extraordinary lengths to silence dissent on the war. On state television, the war’s opponents are regularly branded as traitors. A law signed by Mr. Putin in March punishes “false information” about the war — potentially defined as anything that contradicts the government line — with as much as 15 years in prison. Partly as a result, virtually no government official had spoken out publicly against the invasion until Mr. Bondarev’s resignation.

Still, Mr. Bondarev said that responsibility for the war goes beyond Mr. Putin and includes the Russian Foreign Ministry. Russian diplomats, he said, were complicit in making it seem like Mr. Putin could achieve an easy victory in Ukraine.

“They got Ukraine wrong, they got the West wrong, they basically got everything wrong,” Mr. Bondarev said, referring to the Kremlin’s view of the world before the invasion. “We diplomats of the Foreign Ministry are also at fault for this, for not passing along the information that we should have — for smoothing it out and presenting it as though everything was great.”

Mr. Bondarev, part of the team working on arms control and disarmament at Russia’s Geneva mission, said he had seen misleading information cabled to Moscow in recent weeks.

“Instead of presenting your own analysis as objectively as possible along with your suggestions on how to proceed, we often presented information that was certain to be liked,” he said. “That was the main criterion.”

In his email to colleagues, he said that he “should have stepped down at least three months ago,” when Russia invaded, but that he had delayed because he had unfinished family business and “had to gather my resolve.”