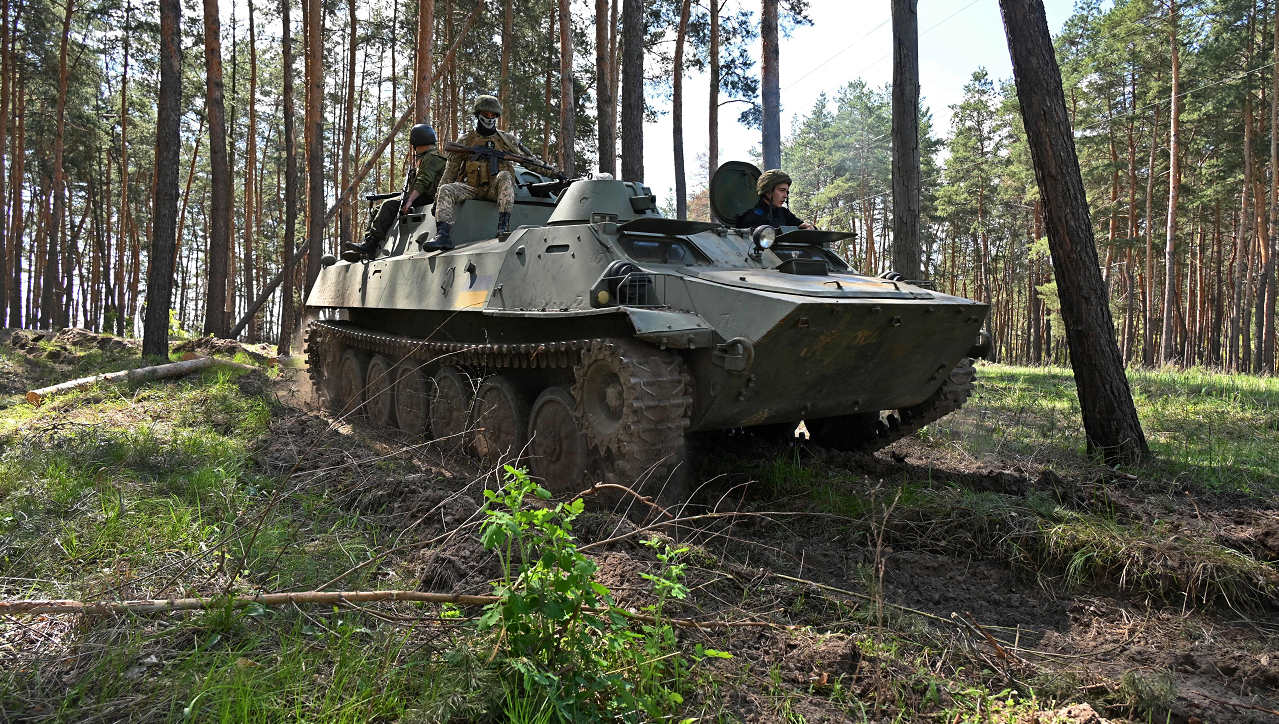 There is an ongoing, vicious effort by a maniacal dictator to rewrite the map of Europe. Some American voices are saying “stay out – what happens there doesn’t matter to us.”

It all sounds too familiar. The last time this happened, it led to World War II. This time, the brave people of Ukraine and their incredible military are more than holding their own against Russian President Vladimir Putin’s efforts to destroy Ukraine as an independent, sovereign democratic nation.

GRAHAM DEFENDS STANCE ON UKRAINE AID, SAYS FATE OF TAIWAN AND BEYOND DEPENDS ON STOPPING PUTIN

Orthodox Sister Evdokia gestures in front of the crater of an explosion, after Russian shelling next to the Orthodox Skete in honour of St. John of Shanghai in Adamivka, near Slovyansk, Donetsk region, Ukraine, Tuesday, May 10, 2022.
((AP Photo/Andriy Andriyenko))

The brutal invasion of Russia has devastated the Ukrainian economy, and Ukraine is unable to continue this fight without military aid. This Ukrainian victory over Russia would be priceless for the United States, because if Putin is not defeated in Ukraine he will continue to rewrite the map of Europe – his words, not mine.

In the last century, the policy of appeasement and an isolationist fever allowed Hitler to gain strength and avoid being effectively stopped numerous times. The rest is history.

Providing state-of-the-art weapons for the Ukrainian military helps the American economy by keeping the defense supply chain open and running. This type of military assistance will create jobs in America.

The mistakes the world made in World War II need not be repeated in this conflict. Ukraine is not asking for American service members to fight – they’re only asking for weapons and economic systems to continue the fight.

I am certain this package could be improved and more efficient and $40 billion is a lot of money, but the sooner the Ukrainian military can receive more weapons and the Ukrainian people can receive much-needed economic humanitarian support, the better. This is a once-in-a-generation opportunity to defeat Putin’s Russia, and the ripple effect would be enormous for U.S. national security interests. When it comes to Putin, either we pay now or we pay later.

Congress has an opportunity to supply Ukraine with $40 billion worth of weapons and economic and humanitarian aid. Over half of this package would replenish U.S. weapons stocks and provide military weaponry to the Ukrainian forces who have shown an ability to use everything America has given them with amazing effectiveness. It is possible, in my view, for Ukraine to defeat the Russian army militarily.

If Putin is stopped in Ukraine and eventually replaced, China will be far less likely to invade Taiwan. Having just returned from Taiwan, I can assure you that Asia is watching the fight between Russia and Ukraine.

President Trump provided lethal aid to Ukraine on his watch, and that aid was used effectively. The Biden administration, while slow at first, is now working with our allies to supply Ukraine with weapons that are making a difference.

I am in awe of and inspired by Ukraine’s ability to fight like tigers to push the Russians out of western Ukraine. Some estimate that up to one third of Russian military capability has been lost in Ukraine.

The rumblings of discontent in Russia are growing, and the Russian military is realizing that this war in Ukraine is beyond devastating to them. We are at a decisive point in this conflict, and now is not the time to take our foot off the pedal.

It is my hope and belief that there will be a large bipartisan vote in support of much-needed assistance to Ukraine with the understanding that Ukrainian victory over Russia is a victory for democracy itself.

Irpin Territorial Defence and Ukrainian Army soldiers hold flowers to be placed on the graves of fallen comrades during the Russian occupation, at the cemetery of Irpin, on the outskirts of Kyiv, on Sunday, May 1, 2022.
((AP Photo/Emilio Morenatti))

Putin must see an unending commitment by the West to supply weapons to the Ukrainian military, and the Ukrainian people must see that the freedom-loving world is with them. The Russian people must understand that Putin’s misadventure in Ukraine will be a nightmare for the future of Russia.

America is by nature a noninterventionist nation. However, America has historically been the arsenal of democracy and stood up for freedom when very few would. It is in our national security interest to stand up for freedom for the Ukrainian people and send a signal to other bad actors like Iran and China that we have the resolve necessary to push back against evil aggression.

I believe the combination of a disastrous withdrawal from Afghanistan and a weak approach to Putin’s military buildup led to this invasion. It is now time to reset these mistakes by providing economic and military assistance to the Ukrainian people who are very much deserving of our support and respect.

While we have many problems and challenges here at home – broken borders, a broken supply chain, rampant inflation, spiraling debt – none are made better by Putin winning in Ukraine. Quite the opposite – if Putin loses in Ukraine, the world will stabilize over time. A yes vote for Ukrainian assistance is a no vote to Putin’s barbaric evil war.