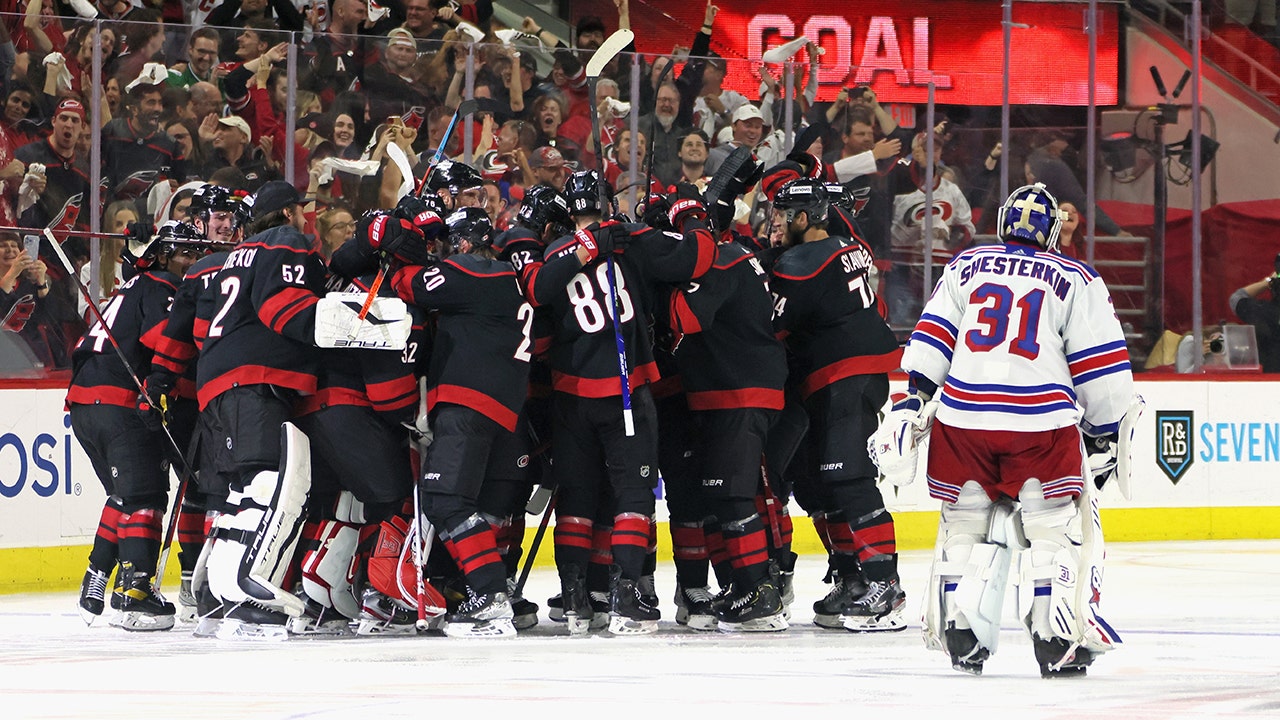 Ian Cole played the hero for the Carolina Hurricanes in Game 1 of their Eastern Conference semifinals against the New York Rangers.

About 3:12 in the overtime period, Cole got a hold of the puck to the left of Rangers goaltender Igor Shesterkin and carried it up toward the blue line before turning around and firing it toward the net. Somehow, the puck made its way past Shesterkin and into the back of the net.

Ian Cole #28 of the Carolina Hurricanes scores at 3:12 of overtime against Igor Shesterkin #31 of the New York Rangers in Game One of the Second Round of the 2022 Stanley Cup Playoffs  at PNC Arena on May 18, 2022 in Raleigh, North Carolina. The Hurricanes defeated the Rangers 2-1 in overtime.
(Bruce Bennett/Getty Images)

Cole had only scored two goals in the entire regular season for Carolina. The veteran defenseman appeared in 75 games. He hadn’t scored a playoff goal since he was a member of the Pittsburgh Penguins in their Stanley Cup final against the San Jose Sharks back in 2016.

The Hurricanes had to dig deep to even force overtime.

Rangers enter Filip Chytil scored the first goal of the game. He got one past Antti Raanta at the 7:07 mark but the offense couldn’t help Shesterkin any further.

Raanta had 27 saves on 28 shots from New York. His counterpart Shesterkin had 24 saves.

Carolina goes up 1-0 in the series with Game 2 of the series set for Friday night.